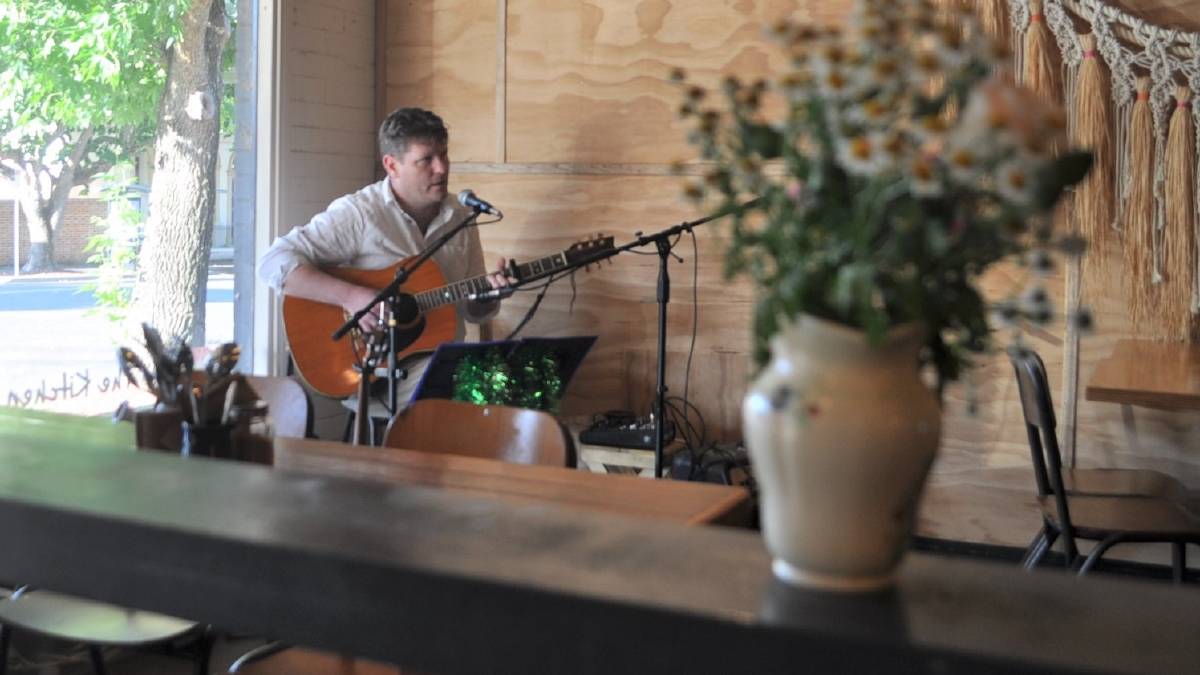 Horror stories about an attempted murder and zombie sheep are not usually associated with inspiration for one to produce a music album about the history of a place, but that’s the case with the latest album by musician Daniel Kelly.

Mr Kelly, who’s been playing mostly folk music and who’s been a part of the local and regional music scene, has finished recording his third album entitled ‘Zombie Sheep of the Murrumbidgee (and other songs of the Yass Valley)’.

“The album started when someone on the Yass Notice Board on Facebook posted a question about ghost stories, asking if there were any in Yass.

“As a result of that, I went looking in the Trove archives and looked for historical events of that type in Yass to write music about,” he said.

His research and production of the album, beginning in January 2018, also involved visiting the Yass and District Historical Society, Yass Valley Library and other historical documents for help and song ideas.

People like to have their interests preserved in songs, I think it’s an important thing.

Among his 11 songs are ‘William’s Razor’ and ‘Zombie Sheep of the Murrumbidgee River’.

The former is about two 17-year-olds in 1864, William Williams and a girl whose name Mr Kelly was unable to discover.

Essentially, William Williams, a plaster who had only been in the town of Yass for ‘some months’, attempted to kill a 17-year-old girl and, failing this, attempted to cut his own throat.

“The incident was triggered, it seems, by the refusal or postponement of a marriage proposal.

“I managed to identify William from genealogical records but have not been able to uncover the identity of the girl whose name was suppressed in all the news reports,” Mr Kelly said.

Meanwhile the zombie sheep song was based on an obscure story that appeared in the weekly articles that Mary Yeo published in the Yass Evening Tribune during 1920–21, which were re-published in the 2017 book Early Days of Yass.

How the album came about

Asked about the idea for this album, Mr Kelly said it was about place and preserving history.

In doing so, he aims to produce the album as a CD format alongside the digital offering.

“People like to have their interests preserved in songs, I think it’s an important thing.

“And I’d like to put the CDs in cafes, libraries and the information centre.

“It’s just a different way of preserving the history of the town,” he said.

By day, Mr Kelly works in government in Canberra and is studying a doctorate degree in cybersecurity.

“It’s something to keep my academic mind active,” he said.

He and his family moved to Yass from Canberra in 2006, which was the same year he began writing and recording songs.

However, he began playing music as a child.

“My father always had a guitar in the house and he had a good one that I couldn’t play very often, so he bought me a cheap Yamaha.

“I never had lessons on it, but I’ve played since nine or 10 and I’ve always been in choirs so I’ve always liked to sing,” Mr Kelly said.

The cathartic process of producing songs is something he cited as a reason for doing it.

For his latest album, he hopes it would also be his first produced in CD form, with the previous three being digital only, which cost him about $35 each.

However, Mr Kelly said he needed the help of the community to make the latest album possible.

“That’s the hope [producing the album as a CD]. There’s a high bar to producing a physical album.

“But that’s for artists like me who record and write and do the album artwork themselves.

“If you’re an artist who doesn’t do that, you’re looking at upwards of $15,000 just to get your CDs to be recorded in a studio and someone to do the artwork.

“And that’s before you even promote it,” he said.

“It’s a significant problem for Australian artists. There’s a lot of angst around the effects of Spotify and iTunes and digital distributions.”

Which is why Mr Kelly began a crowdfunding campaign to raise $1100 for production.

As for the album artwork, Mr Kelly painted it himself.

“I’m a frustrated painter. There’s something about each song in the painting,” he said.

Whether the CD gets off the ground or not, Mr Kelly has scheduled July 14 to launch the album at St Augustine’s Church.

“I’ll probably go ahead with that even if the pozible campaign doesn’t succeed, just because it’s fantastic venue.

To assist, you can donate to Daniel Kelly's campaign at Pozible.

​To stay updated, you can follow Daniel Kelly online:

This story appeared in the Yass Courier in 1864 nd was syndicated all over the country.

Both William and the girl were 17.

I have managed to identify William from genealogical records but have not been able to uncover the identity of the girl whose name was suppressed in all the news report.

Richard Reid and Cheryl Morgan published a book, titled A Decent set of Girls, in 1996 about the orphan girls who came to Yass from Ireland in 1850.

In 1996, the town staged a re-enactment of the arrival of the girls.

A few local people and places get a mention in this song celebrating small-town life.

The Field Em at Riverbank Park, Yass, is probably more than 150 years old and rated a mention no the ‘Elms of Australia’ Wikipedia page.

We have had many a birthday party and picnic under the tree over the years.

Anyone who drives the Barton twice a day to work in Canberra knows what this song is about.

In 2017, conservationists and local residents got together to fight sarcoptic mange in the local wombat population on the banks of the Murrumbidgee.

Unfortunately, not much has been said publicly about the murder of Peter Rowland at his Gundaroo house in 1996.

Fom what is known, it is clear that he worked very had to assist the fringe population of Canberra during the 1980s.

Zombie Sheep of the Murrumbidgee

When I asked the staff at the Yass Archives if they knew of any song-worthy local stories, this was the only one they suggested.

The events surrounding the murder of Jeremiah McCarthy in 1876, probably near Ginninderry.

This song is a tribute to the life of Kim Nelson, a gifted painter but also a bastion of the town’s ats community.