Skip to navigationSkip to contentSkip to footer

More than 350,000 people have now signed a petition launched by Kevin Rudd calling for a royal commission into media ownership.

Of course there are many petitions every year - 80 are open at the moment - and most are not, and should not be, taken seriously. However, not all are launched by a former prime minister, nor given extensive, positive coverage on the ABC's Media Watch. That puts Rudd's petition on a different scale to, say, the call to ban Omegle (which currently has 64 signatures).

Although the petition is far more restrained in its language, in his video launching the petition, Rudd singles out News Corporation, saying that "Murdoch has become a cancer ... on our democracy."

Rudd outlined four separate reasons for his royal commission call, but it largely boils down this: News Corporation has a high concentration of print ownership, this allegedly gives them/Murdoch significant political power, and that power is allegedly used against Labor and other ideological opponents.

Not only should this argument be challenged on the facts, it should be rejected on policy grounds as well.

Lamentable though it may be, the importance of the print media may be at its lowest point in 100 years. A survey from February indicated that while more than 60 per cent of people got news from television, just 25 per cent reported using print sources for news in the last week.

Of course print media still plays an outsized role in policy debates, but news has moved away from print towards social media, television and digital publications.

But the digital news space has nowhere near the same level of dominance for News Corporation.

The latest Nielsen ratings show that the news website with the largest digital circulation is actually the ABC, with News Corporation owning just two of the top 10 websites (news.com.au and The Australian). 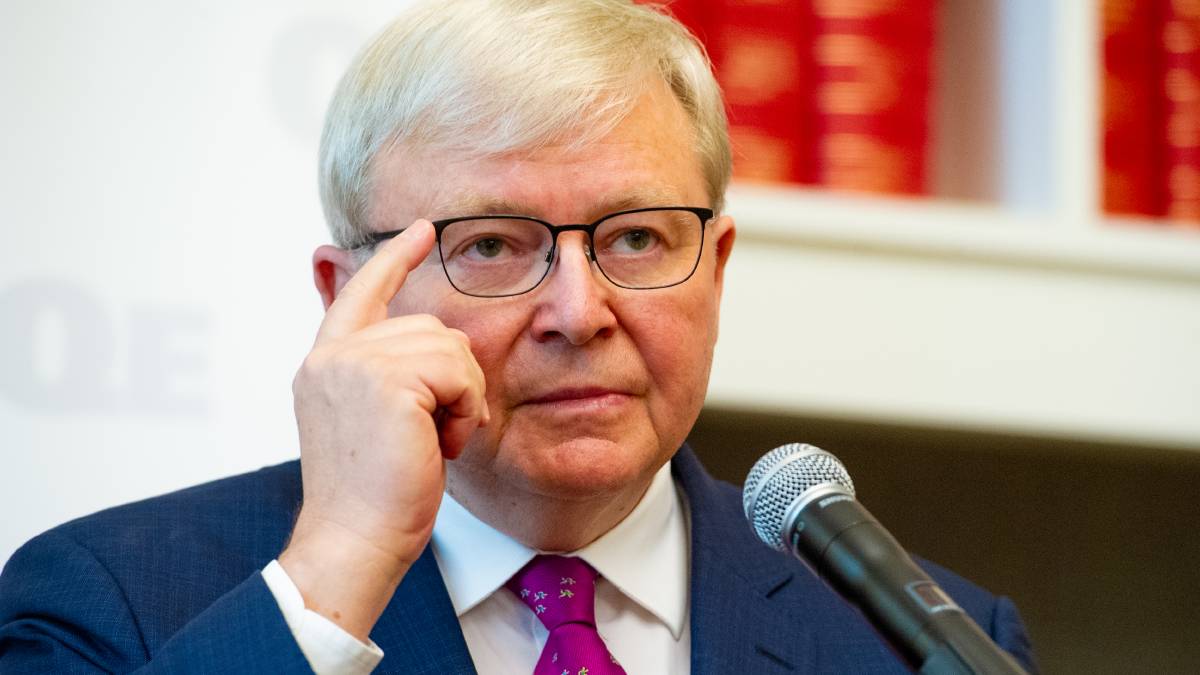 Is Rudd's petition about fairness, or making it easier for his side to win government? Picture: Elesa Kurtz

In the digital sphere, the political slant appears more to the left than it does to the right. Even if you don't include the ABC: left-leaning sites like The Guardian, The Age and The Sydney Morning Herald feature prominently in the top 10 ratings, while the right-leaning News Corporation dailies are nowhere to be seen.

It is true that partisanship is a significant issue in the media, with no better example than the clear divisions in the US media over President Donald Trump. Journalism as a profession does seem to be becoming far more politically activist than it was - especially with the rise of social media.

However, part of this rise is explained by the fact that the media are just more open about their ideological biases than perhaps they once were.

Moreover, the challenging financial environment facing the media is also likely forcing them to firm up their ideological alignment.

It has proven to be very difficult to get readers to pay even for the media content they like to consume. It is far harder still to get them to pay for content they disagree with. In effect, publications in the middle struggle to get funding from either side.

Imposing additional rules and regulations aimed at limiting media ownership at a time when the media is losing money can only make these financial challenges worse.

With media owners shedding titles and staff, why would government make it even harder for the publications that continue to exist?

Of course, it is not the first time that governmental mechanisms such as royal commissions or parliamentary inquiries have been used against the print media, both in Australia and overseas.

In 2011, the Gillard Labor government (of which Kevin Rudd was a somewhat unenthusiastic member), instituted an inquiry into the media and media regulation, conducted by former justice Raymond Finkelstein.

In 1991, the Labor government established a select committee to investigate the print media. It too looked at diversity of ownership and competition, as well as editorial independence. If nothing else, these hearings are noteworthy for the somewhat combative appearance of Kerry Packer.

It is not just the left of politics that thinks there is a problem with the media of course. In 1980, the Victorian Liberal government instituted the Norris inquiry into the ownership and control of newspapers in Victoria. While in the UK in 2018, then-Tory prime minister Theresa May announced a review of press sustainability.

The outcomes of the Australian reviews largely focused on the need for more government oversight and regulation of the press - but thankfully, they were also largely ineffective.

While it may be a bridge too far to say these repeated attempts were just pretexts aimed at cowing opponents in the press, there is no question that hampering the ability of the press to hold the government to account is a far higher risk than a supposed lack of diversity in one arm of the media.

Almost a year ago to the day, the media was united behind a campaign on press freedom. "Your right to know" was championed by all the major media players, and was catalysed by police raids in 2019 on journalists covering sensitive stories.

The principle at stake was the freedom of the press, a crucial tool in holding government to account for its potential abuses of power. As the Right to Know Coalition put it on their website: "Media freedom is a central part of our democracy."

In a world where government is already seeking to expand its power over the media, surely the use of a royal commission to attack the editorial policies of a select few in the media would be another blow to press freedom.

Yet hardly a peep against the Rudd petition has been heard from the left's champions of media rights. Perhaps that's because attacking News Corp as a threat to democracy has been a standard line for some on the left for a while.

In light of the shenanigans going on in the US election, it would well be worth reminding both sides that your political "team" losing isn't a sign that democracy is broken.

And we should be very careful about listening to those who want to change the rules primarily because it makes it easier for their team to win government.

This story What's really behind Rudd's call for a Murdoch royal commission? first appeared on The Canberra Times.